One of the (so much) hints caught on CQRS+ES session presented by Andrea Saltarello is something that does not matters so much with CQRS, but more with Single Responsibility Principle. I’m talking about WorkerServices (Workers), whose purpose is to keep a loose coupling between implementation logic and domain logic. It’s a tipical topic for software designers, rather than domain experts…and I like it!

The idea is very simple: divide the presentation layer from the service layer (where service is to be read in DDD sauce). An image speaks better than a thousand words: 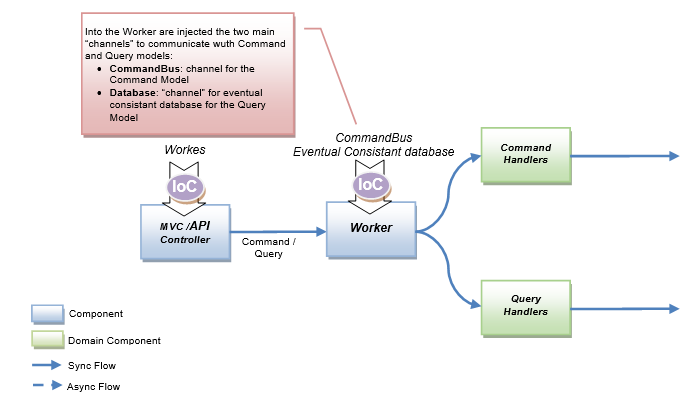 Why is so important? Because the Worker gives me two main advantages:

Going deeper into the implementation, a Worker has to deal with the two “channels” of CQRS approach: the Command channel (to send commands) and the Query channel (to retrieve data). Because of that, it’s natural to implement a Worker injecting the two “buses”:

The following is a sample